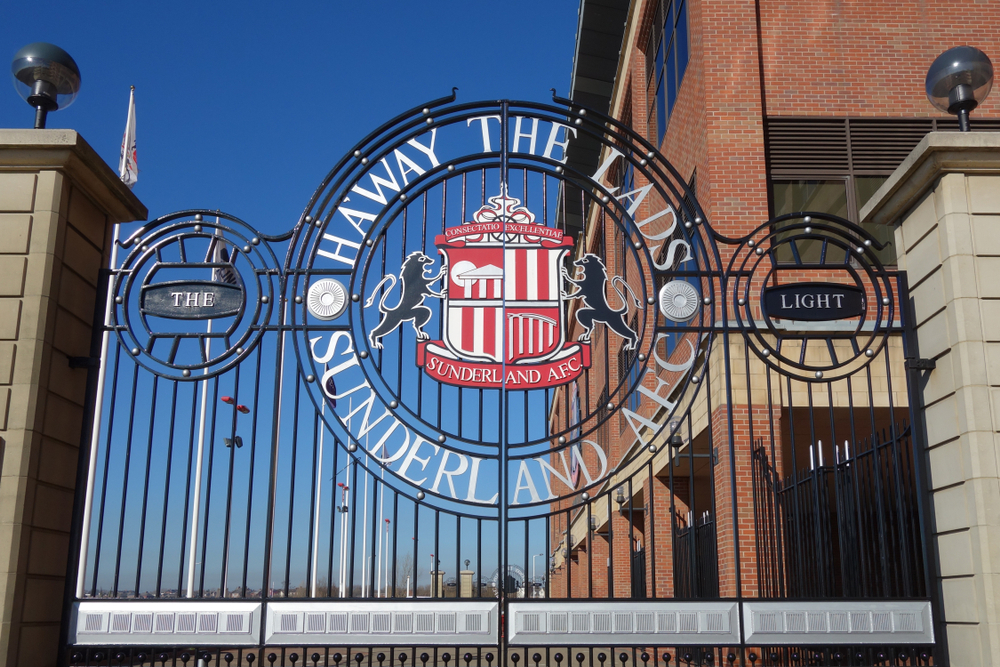 After four years in League One, Sunderland is on their way back up as they secured promotion to the second tier of English football. The Black Cats secured the promotion with a 2-0 win over Wycombe Wanderers at Wembley Stadium.

Sunderland was once known as a fixture in the Premier League but in the 2016-17 season, the club was relegated to the Championship after a poor performance. In the following year, Sunderland struggled yet again as they were relegated to League One which was documented on the Netflix series Sunderland ‘Til I Die.

The club was stuck in League One for a long time which was disheartening for Sunderland fans because they were used to playing in the top-tier of the England football system. Now, they are looking to return to the upper echelon of the system with a return to the Championship.

The 2021-22 season was an eventful campaign for Sunderland because they managed to secure a spot in the top five and in the League One playoffs. They beat Wycombe at the end which strengthened his case to move up. Let’s take a look at what were the crucial factors in Sunderland’s quest to come back to the top flight.

Ross Stewart was phenomenal during the 2021-22 season

Most of the Sunderland roster was amazing during this past campaign. Ross Stewart was a standout for the Black Cats because they managed to return to the Championship after a tough year. They proved that they deserve to be in the second tier with their performance in the season.

Sunderland legend Kevin Phillips was pleased watching Ross serve as the team’s biggest star. Phillips was a marked supporter of Stewart because the older star knows Stewart has a bright future ahead. He said, ‘Can they nail down players like Ross Stewart? He has only got a year left and it is critical that they keep him. Alex (Neil) is certainly the right man for the job to move the club forward, but he needs the backing and the finances’.

As the manager, Alex Neil was stellar during the 2021-22 season with how he led the Black Cats. He instiled confidence in every player on the team and he proved that anything is possible if they followed their coach’s plans.

Heading into their play-off run, Sunderland was coming off three play-off finals where they lost tracing it back to 2019. Thankfully, Stewart and Elliot Embleton scored a goal apiece against Wycombe to secure their spot in the Championship in the 2022-23 season. 46,000 fans were in attendance and almost every fan was chanting Neil’s name because of how he led the team.

The manager was proud of his achievement which he worked extremely hard for. He said, ‘My emotion is satisfaction and relief… It makes me the proudest person in the world at the moment with the fact we’ve managed to do that, and I’m so pleased for them more than anybody’.

Well-deserved success after a long journey

It was a long time coming for Sunderland and its fans. They were a fixture in the Prem but with misfortune, they fell to the third tier. Now, they are on their way back as they look to cement themselves in the Championship and possibly earn another shot at the Prem with a good season.

The England football system will be glad to see Sunderland thriving because they are known as one of the fixtures of the country. The northeast region of England has always been represented by Sunderland and its rival club Newcastle United. Now that the Magpies are fixtures of the Prem with their new rich owners, Sunderland should also be on the same level given that they are the most prominent rivals of the newest titan club in the Prem. It will be a long journey again but Sunderland is ready to prove itself once and for all.