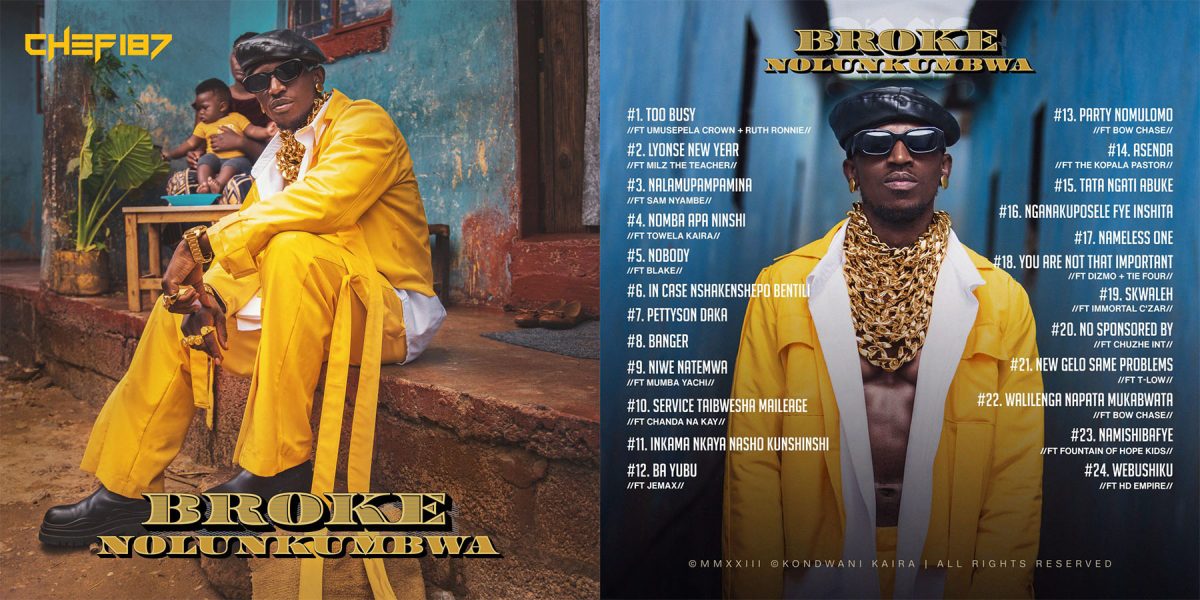 The album features collaborations with a diverse range of artistes, from the new generation of young and talented acts like Umusepela Crown, Ruth Ronnie, Towela Kaira, Blake, Chanda Na Kay, Jemax, Bow Chase, Dizmo, Chuzhe Int, Tie Four, T-Low, HD Empire, to seasoned artistes like Millz The Teacher and Mumba Yachi, who bring their own unique flavor and spice to the album.

Overall, “Broke Nolunkumbwa” is an essential listen for fans of good Zambian music. So don’t wait, stream the full album now and share.